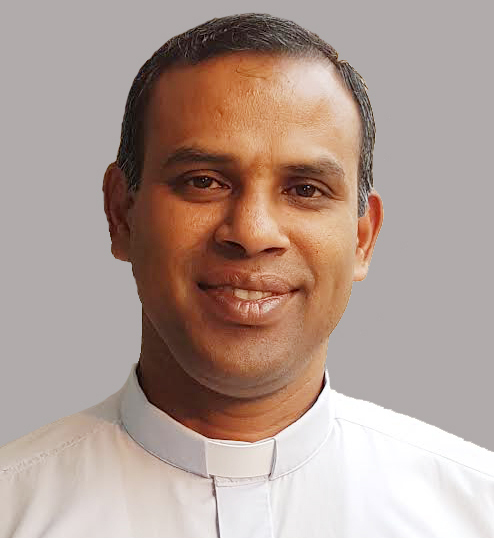 From the Principal’s Desk

A year ago a video of the interview of Raymond Zondo for the selection to the post of deputy chief justice of South Africa went viral. Raymond was asked to explain a life changing experience that he had as a boy which led to the development of a particular ideology or motto for his life with regard to food which he upheld, promoted and cherished. Raymond explained in his interview his family situation when he had finished Metric (class 11 and 12). He wanted to pursue his studies in Law for the Bachelor’s level. He narrated that his father never bothered about his family and that his mother at the time did not have any job and the family was at the verge of starvation. Raymond was in a dilemma as to whether he had to go for Law studies or look for a job to sustain his family. At that time he approached an Indian businessman, Moosa, for financial help. Moosa refused to give him any financial help but agreed to give Raymond’s mother the provisions from his shop with a mutual understanding that Raymond would pay the bill after he finished his studies and got a job. All that Raymond’s mother had to do was to go to the shop every month with a voucher given by Moosa, and take home the provisions required by the family. Moosa would write the list of the things taken in the voucher.

After Raymond passed his Law degree he went to the shop of this Indian businessman to find out how much and by when he had to pay back the money. The Indian businessman looked straight into the eyes of Raymond and told him that he did not expect him to pay back the money. He told him, ‘Do unto others what I have done to you’. These were also the exact words that Jesus instructed his disciples with.  Raymond Zondo explains in the interview that the words of the Indian businessman touched the core of his being, and all through his life he practised that advice in whatever way he could and will continue to do so in the future.

Today Raymond Zondo stands tall among the judges in South Africa not just because of his legal expertise but because he is a living example of ‘Gracia habitus recte est’ (Gratitude is the best attitude) – our theme for the academic year 2075 B.S. We find that in the present world of cut-throat competition and ‘survival of the fittest’ there is a huge urge to outdo the other. In this world of power, prestige and position gratefulness is not a value to be cherished because people hardly have any time to sit back and reflect. As Charlie Chaplin clearly depicts in the movie ‘Modern Times’, human beings are just becoming machines… they work, work, work- not knowing, often, why do they work.  The growing number of old age homes in our society is an apt example to understand how ungrateful we have become even towards our own elderly parents.

The media and the advertisements bombard the modern person with the notion that one is not complete without possessing the modern gadgets, fashionable clothes and houses and facilities. In the mad rush to acquire the latest and the most modern the present generation has little time to sit back and reflect and make choices that would lead to ultimate joy and happiness.  We become complete not by using the Raymond Company’s ‘The Complete Man’ suiting but when we reach out to others who are in need without expecting anything in return. We become complete when we ‘do unto others what we want others to do unto us’. Thus, for me, Raymond Zondo is a complete man. What about you?